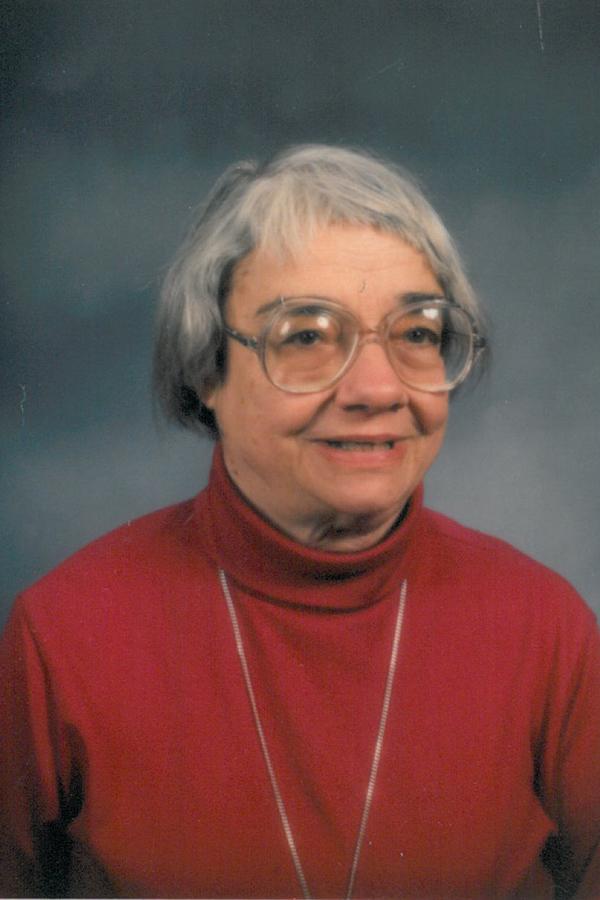 Religious of the Sacred Heart Maria Choca, whose affection for her dogs was surpassed only by her love for her students and those around her, died Friday, April 6, at Teresian House in Albany, after a lengthy illness. A Mass of Christian Burial will be celebrated at 2:00 PM Wednesday, April 10 in the Teresian House Chapel, with a visitation period one hour before the service. Interment will be in the Kenwood Cemetery in Albany.

Maria Choca was born May 28, 1924 in La Habana, Cuba, the sixth of seven children of Santiago Choca y Quintana and Rosa Garganta y Sibia. In addition to her parents, she was predeceased by two brothers, Ramon Choca-Garganta, MD and Santiago Choca, MD and three sisters, Maggie Choca-Dooley, Rosita Choca-Valle and Maria Choca, Ph.D. She is survived by her sister, Chelo Choca-Diaz, Salina, Kansas, numerous nieces and nephews and scores of Religious of the Sacred Heart around the world.

Remembered as deeply spiritual, Sister Choca entered the Society of the Sacred Heart in 1948 and made her first vows in 1950 at Santiago de Cuba; she made her final vows in La Habana in 1957. A dedicated religious, Sister Choca was among the many forced to leave Cuba in 1961 after the Cuban Revolution. She settled first in Puerto Rico, before moving to the United States in 1966. She became a naturalized American citizen in 1966.

In Cuba, Sister Choca taught Spanish literature at the Universidad de la Habana/Instituto de La Habana and literature, history, psychology, philosophy and religion at the Colegios del Sagrado Corazon (College of the Sacred Heart) in Cerro and Marianao, Cuba. From 1948 to 1951, she taught in the Sacred Heart novitiate and high school. She also served as president of the National Association for the Humanities and president of the Association of Professional Women; she was also an active member of the Academy of History and the College Entrance Examination Board of Puerto Rico.

After Fidel Castro’s government closed religious institutions and expelled vowed religious from Cuba, Sister Choca returned to Puerto Rico. She taught high school and served as secretary and librarian, organist, director of music and supervisors of student catechists. In 1966, she became a professor of western civilization, theology and literature at the University of the Sacred Heart in Santurce, Puerto Rico. She also served as organist, choir director and as audio-visual director and as a member of several committees.

In 1972, Sister Choca moved to St. Louis. She served at Villa Duchesne Academy as high school Spanish teacher and AV director. In 1980, she moved to Cardinal Ritter College Prep High School, where she served as librarian and AV director until 1992. She faithfully volunteered as a greeter at St. Francis Xavier, the College Church, at St. Louis University, and her love for her community was returned wholeheartedly.  She was a member of the Soulard Council, where she worked to make the neighborhood safe.

Maria and her entire family  were a gift to this world.