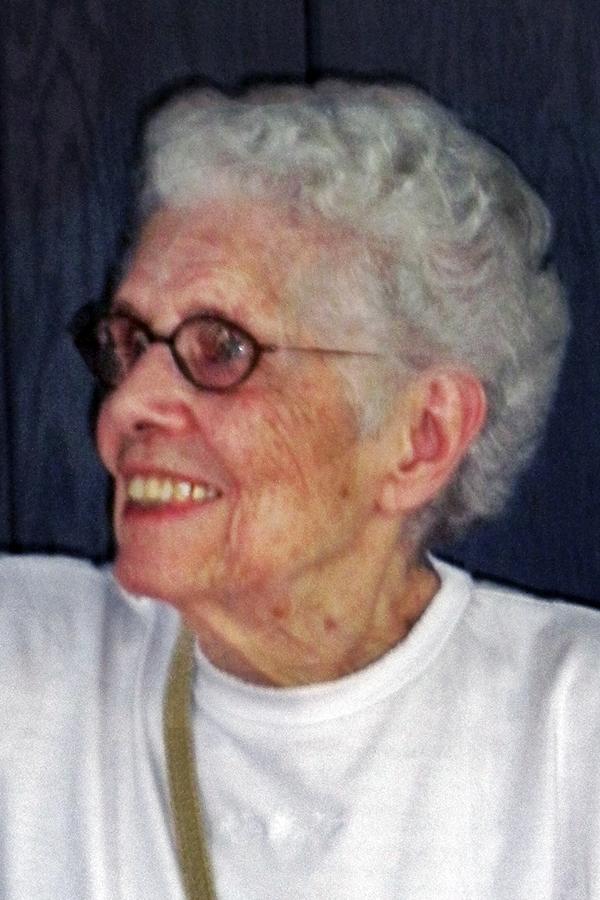 Former provincial leader Malin Craig, RSCJ, known for her quiet wisdom and prayerful simplicity, died Monday, August 20, at Teresian House in Albany, New York. A talented planner and administrator, Sister Craig was known even more for her responses – her response to whatever God or her religious community called her to do. She will be cremated. A Mass of Resurrection will be celebrated at 10:45 AM on Thursday, September 6 in the Teresian House Chapel in Albany.

“Malin Craig was not simply kind, she was truly gracious…that is, she was filled with grace and generosity,” said Suzanne Cooke, RSCJ, headmistress of Carrollton School of the Sacred Heart, which Sister Craig helped to found. “A quiet person, Malin’s smile embraced one. She effectively helped others see themselves as God’s Beloved by the way she treated them. Her listening and responsiveness to others provided each with a profound sense of being loved.”

Sister Craig was born June 2, 1920 in San Antonio, Texas to U.S. Army General Louis and Mrs. Miriam Blount Craig. She entered the Society of the Sacred Heart at the Kenwood Convent in Albany, New York on December 8, 1942. She professed her first vows June 3, 1945 at Kenwood and made her final vows at the Society of the Sacred Heart motherhouse in Rome on February 11, 1951.

From 1945 to 1988, Sister Craig served in a variety of roles, both as teacher and administrator, at Sacred Heart schools, including those in Bethesda, Boston and New York. While treasurer of the Washington, DC Province, she oversaw the foundation of both Carrollton in Miami and Stuart Country Day School in Princeton, New Jersey. She served in many capacities within the Society of the Sacred Heart, including multiple terms as provincial treasurer and on two provincial teams for the Washington Province, 1967 to 1971 and 1978 to 1982. She established a house of studies at Catholic University for Religious of the Sacred Heart in formation. She spent six years in Rome, overseeing investments for the Society, and three years as a staff assistant in the Uganda/Kenya Province.

Fluent in French, Sister Craig also learned enough Spanish, Italian and Swahili to communicate during her ministries. She was a trustee of Newton College, Stuart Country Day School, Stone Ridge School of the Sacred Heart, Carrollton, and Newton Country Day School. She volunteered for many years at the Perkins Institute for the Blind in Boston and at the Ronald McDonald House in Washington, DC. She found particular joy in her service to children with disabilities in Santo Domingo, Dominican Republic, through a mission of the Sisters of St. Joseph.

An alumna of the Convent of the Sacred Heart, Noroton, Connecticut, Sister Craig earned a bachelor of arts in history, with a minor in music and philosophy, from Manhattanville College in 1942. Described as wise, steady, prayerful and caring, she is remembered with fond affection by Religious of the Sacred Heart around the world, a score of nieces and nephews, alumnae, and former colleagues.

I was  in the lower school at Stuart in the 1960's. The school was still being built and we had no gym. I remember Sr. Craig's glowing smile as she played basketball with us on the parking lot court. Her habit was efficiently tied up in a bloomer effect. I was only nine or ten years old but I could tell she was a special person that I should watch on and off the court. I can only imagine how many others hse delighted and mentored during her time on earth.

I'd like to say I remember her, but the photograph is too new, and Stuart was empty space beyond the under-construction middle school, (so was my mind).   I know she chased me and a few other errant ones out of the furnace room and through the serpentine hall.  The furnace room had a fabulous crucifiix in it visible from a little chink in the brick work in the hall.  Mother Craig amazed me-as a 13 year-old; I'd never seen a nun run, never thought they even had legs!  Maybe far-fetched, but my nun experience prior to Stuart was limited to parochial schools and Saturday catechism.  They were not to be fooled around with.
Mother Craig's smile was bold and infectious.  She was bold and a great teacher.