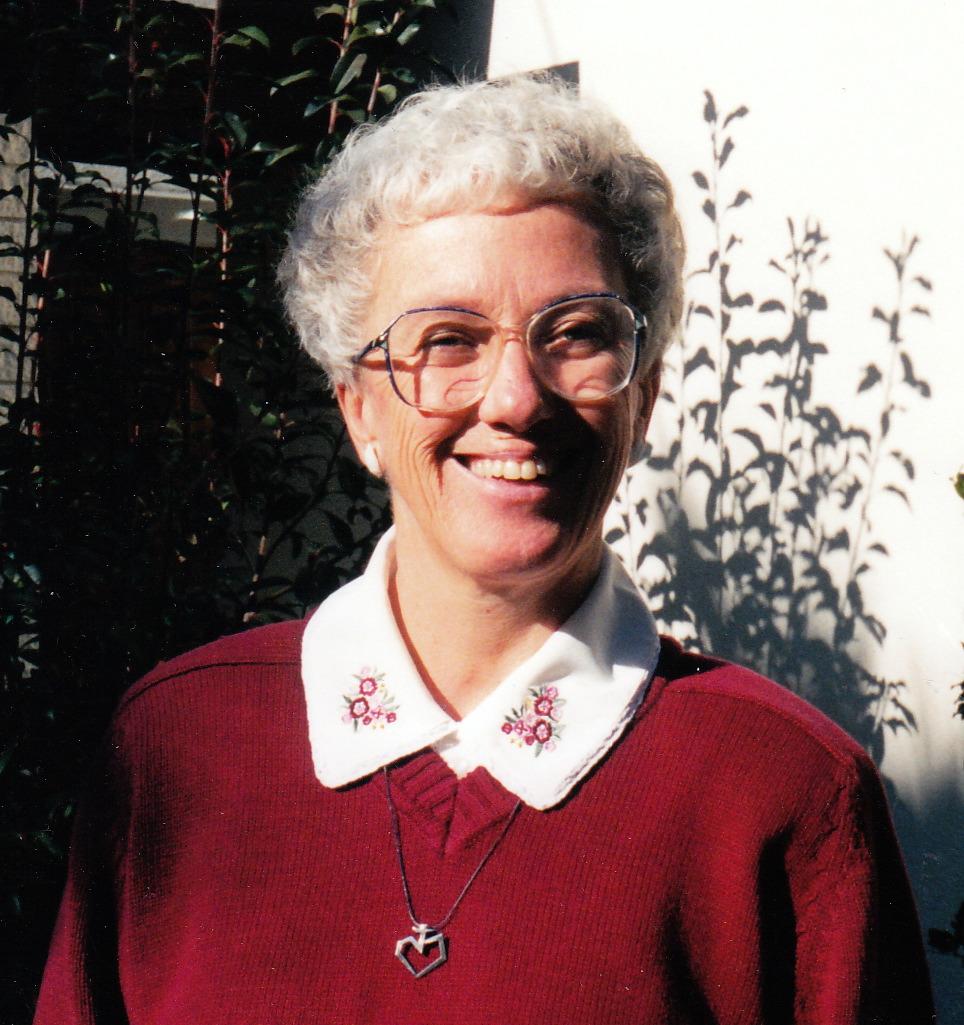 Religious of the Sacred Heart Patricia Phelan - therapist, spiritual director, educator - died January 18, 2012, at Oakwood, the Society of the Sacred Heart’s elder care center in Atherton, California, where until recently Sister Phelan served as director of pastoral care. She was 71. Her life will be celebrated in a Mass of Christian burial at 10:00 a.m. on Tuesday, January 24 at Oakwood Retirement Center, 140 Valparaiso Avenue, Atherton, CA 94027. Burial will follow in the Sacred Heart Cemetery on the grounds of the Convent.

Sister Phelan was born April 6, 1940, in San Francisco to Walter J. Phelan and Alice F. Doran. Her step-mother is Margaret Crowley Phelan of San Mateo, CA. Her brother, William D. Phelan, lives in San Jose, California. Sister Phelan entered the Society of the Sacred Heart in El Cajon, California, September 15, 1959. She professed her first vows June 29, 1962. She made her final vows July 22, 1968 at the Motherhouse in Rome.

Sister Phelan earned a bachelor of science in English and History from the College of Notre Dame, Belmont, California, and a master of arts in special education from San Jose State University. A skilled educational therapist, retreat director, and spiritual director, Sister Phelan spent nearly 30 years serving in these ministries. She was director of pastoral care at Oakwood from 1998 until her declining health caused her to step down in 2008. She served as co-director of the Personal Growth Project in Corte Madera, California, with Sister Joan King, O.P. from 1982-95 and as educational therapist at Stuart Hall School for Boys, San Francisco, 1979-82. Her earliest ministry was a classroom teacher, primarily at the Convent of the Sacred Heart in Menlo Park, California.

Sister Phelan served on the Oakwood Advisory Board and the Social Justice Committee of St. Patrick Parish in Larkspur, California. She was a member of the Association of Educational Therapists and the California Association of Neurologically Handicapped Children and Adults. A gifted musician, she was also a player with the American Guild of Organists.

Sister Pat Phelan is fondly remembered by family and friends as one who generously shared her gifts with a joyful willingness to serve. For years she joined with a group of Holy Family Sisters, Dominican Sisters of San Rafael and other Religious of the Sacred Heart delighting in the natural beauty of California and other western states while back-packing in the wilderness and camping in State Parks, finding God in the beauty of creation and the joy of community.

I want to extend my deepest sympathy to the members of the Sacred Heart Community on the death of Sister Phelan. Her gifts as a RSCJ Sister has, I'm sure, rippled through the lives of many. May she rest in the peace and love that Jesus has guaranteed to those who follow him.